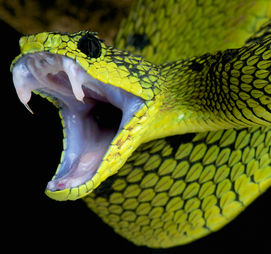 I had a call with Hong Kong yesterday morning. They had been rather chippy about someone in my team being “too direct”, so I was making an effort with the niceties, wishing them a happy new year of the rooster. I have no idea about the Chinese zodiac, so I looked it up. There was nothing very interesting on the internet about roosters (best not to Google  the synonym at work), but out of idle curiosity I decided to look up all the Chinese birth years of my  family. I’m a snake, as is my oldest child, although I’m a fire snake and he’s a water snake. Apparently, along with about 8.4% of the rest of the population, people born in the year of the snake are cunning and clever. My younger child is a sheep, and therefore a friendly, gentle but sometimes clingy person. My husband is a tiger – good to know.

It’s all complete rubbish of course, all of this astrology; then I came across a compatibility calculator on the Travel China Guide website, so since I was watching another totally dire sci-fi series on Netflix (Helix, seven great episodes followed by plot-free filler), I looked up tiger and snake compatibility. Total rubbish, of course. I looked up our compatibility in the Western zodiac instead, because that must have a better answer, whilst also being meaningless rubbish. Ah, Capricorns and Sagittarians don’t match either, because Capricorns are detail-oriented and fussy, and Sagittarians are free-spirited merchants of chaos who resent the rules. No, that is wrong. We match, of course we do; if Sagittarians are the hunters of the galaxy, they should be highly goal oriented, which would fit fairly well with someone with the characteristics of a mountain goat – an accurate and tenacious who is able to endure a lot of hardship.

And so here I am, justifying and defending myself and the supposed characteristics of us as a couple based on a load of made-up crap, and keen to look up a more detailed review of our birthdays. Totally suckered by ludicrous superstition. I suppose I’ll now have to wait to see a pair of magpies, or a double yolk, or any of the other things that are supposed to be auspicious. Maybe I should go and look up some other random cultural belief system, maybe the Mayans have some reassurances to offer that make it all seem better. Or maybe the GOP; because that’s what it is, right? Believing total and utter fabrications that suit your personal interpretation of your value.