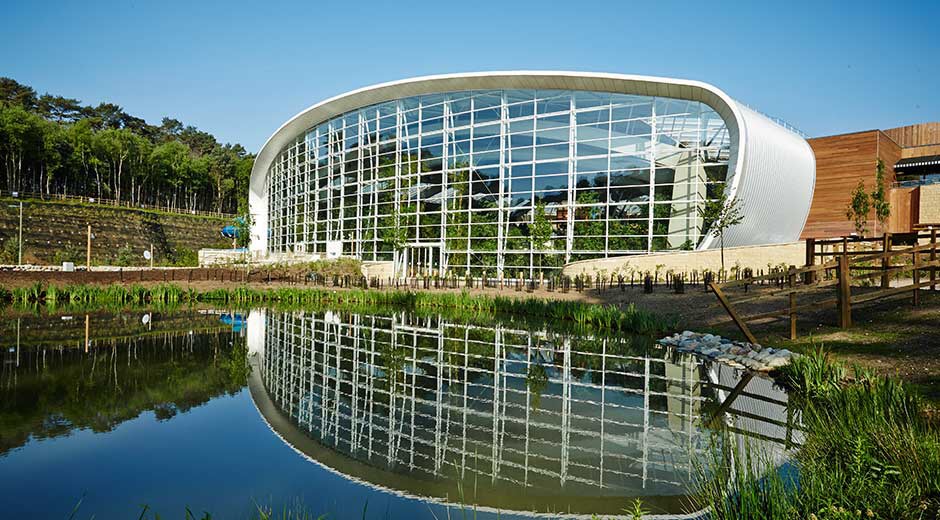 The rugby 7s tournament was on in London on 20th May, which meant an exodus of the entire male part of my husband’s family. So the women and children decided we would take ourselves off to Center Parcs in Woburn. I was quite curious, as I’ve never been to a holiday park. My parents never went for any form of communal or package holiday, so even a Thomson trip to Greece was a complete revelation (good and bad)to me at the age of 29. Things have changed somewhat in the intervening ten years; I gave up on specialness, and moved to Milton Keynes, because it’s an easy place to live. Living in a purpose-built town, I almost expect everything else to be purpose-built. I wander around the City of London thinking “such windy little streets, not very convenient for retail opportunities”. So Center parcs’ man made fun was wholly in keeping. 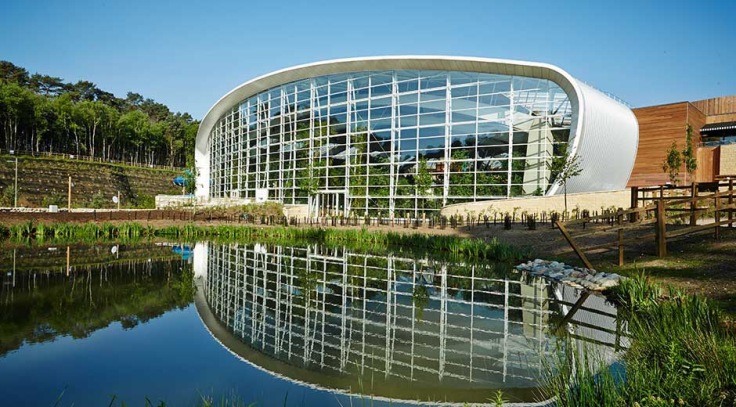 I was taking a nine month old and a 2 year old, so I didn’t expect an easy time. First impressions seemed to confirm this, as there was quite a complicated business of parking the car, unloading the kids and walking to the “village”, waiting in Starbucks for the room to be ready. I then had to fetch the car round to the section we were staying in, unload all our stuff, drive the car back to the car park, and cycle back to the house – I’d fortunately been instructed by centre parcs veterans to leave the bike in the back of the car for this purpose. Still, once that was all done, I had a look around, and it is all quite fun. The house, or rather small bungalow, had four rooms and two bathrooms. It was new, clean and nicely decorated. The kitchen was well equipped, and a lot of child-related equipment was already provided. Unfortunately for me, I had two cots in my room, but it was less the lack of space than the wakeful night that was the drawback. It was as expected, one of them tossing and turning for a few hours, the other subsequently waking up and whining for milk, or calpol, or comfort (I tried all of them) for two hours.
We spent most of our time in the giant pool; given that there were five children to four adults, it was mostly a case of sitting in a slightly yellow puddle and vaguely hoping that the filtration of the water was fast. At one point, all three toddler pools were closed due to multiple floating log incidents. We got separated, and I spent half an hour wandering around, starting to think something had happened to my baby. It turned out they had all gone to an outdoor pool I hadn’t seen. Still, Conrad loved the pirate ship, and ran around pointing water pistols at his grandmother, or at me. One morning, we put the younger children in the crèche, went to a rather lame exercise class, and frantically went up and down every big water slide we could as often as possible; you spend half your life waiting to have children, and the other half of your life waiting to get your life back.

The most novel aspect of Center parcs is probably the lack of traffic. As you’re not allowed to drive a car except to arrive and leave, everyone covers the distance by bike (you can tell the company was founded in the Netherlands). As a result of some logistical issues, I at one point packed two kids into the trailer, and put my toddler on my back in the carrier. He seemed to find it very entertaining, although it turns out that when 13 kilos decides to suddenly lean to one side, cycling is quite hard. There were lots of other activities, but the children were too small to qualify. The main draw for me was the massive flying fox over the lake.

The purpose built aspect was what made it easy for us, but of course the happiest moments of my childhood were incidental moments in my parents’ lives. I remember parties my parents hosted being exciting because we were allowed crisps and peanuts, and a Turkish wedding party that featured a belly dancer. We were allowed to stay up late, and scrabbled about picking up the beads that fell off her dress. I remember my delighted fear of the sea. Here was a thing that stretched in front of me, inconceivably big, dark and dangerous, and I wanted nothing more than to find out what it would feel like to be in it. When we went to Europe, there was the wonderful excitement of snow and wearing gloves, which I still seem to consider such a novelty that I usually wander around with cold hands (not that we have particularly cold winters any more).

As I was waiting for the exercise class in Starbucks, I watched a little girl excitedly running around in the sunshine. She was probably about three, and was wearing little pink jelly shoes of a kind I used to covet. I wondered how much she will remember of that day when she grows up; how exciting everything in her life seems right now, so full of opportunity and joy. She doesn’t know real disappointment, betrayal, funerals, fear.

Anyway, so Woburn centre parcs, it’s worth it for the kids, and is a great family break. Conrad is still talking about going to the “little house in forest”. I’ll ask him if he remembers it in a few years.