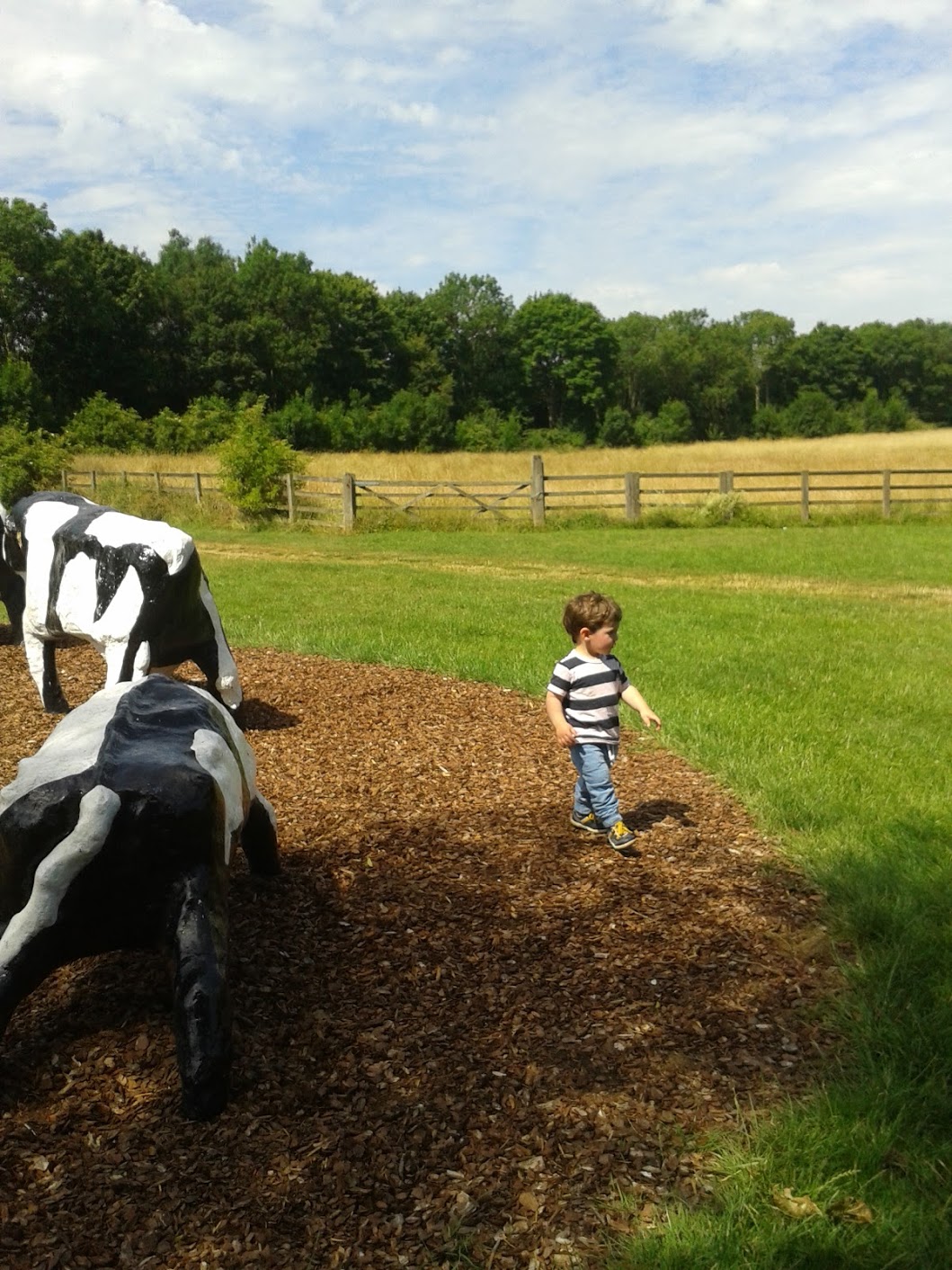 I don’t know why people have such strong opinions on Milton Keynes, particularly when they’ve never even been there. When I tell people it’s where I live, they look totally nonplussed, and invariably say something like “oh, all those roundabouts”, or “but you’re quite sophisticated, I can’t imagine you living there”. Yes, ok, it does have a lot of roundabouts, but that’s because, like almost everything else in the original city design, they work. I can drive the six miles across the centre of the city in 20 minutes at rush hour.

Admittedly, there are also some sections of the city (I find it hard to think of a place with a population of 255,000 as a town) that are like derelict slums. If I was bleeding to death in Fishermead, they’d probably sell my blood for scrumpy. I rode through Netherfield for the first time today, and initially thought that a collection of containers had been dumped along the street. Turns out these were actual houses people live in:

There are a collection of other, similarly grim estates around, all of which featured in the original plan, and are now earmarked for complete rebuilding. The shopping centre currently showcases quite an amusing array of the original designs for various parts of the city:

At the risk of sounding like I came from Greece and had a thirst for knowledge, these estates are part of what I like about Milton Keynes. They are really depressing, but they are also the reality of many parts of this country. This is what real life is like, and I like to feel part of the world, rather than hidden away in some ivory tower. Perhaps I will indeed never understand what it means to live your life with no meaning or control, but I try every single day.

There are also people who live in the nicer parts like Shenley, Woburn or Aspley Guise. Unlike in other rich areas, they are keenly aware they live somewhere nice, and  look suitably pleased with themselves for being in the right catchment area for the good state schools. They say “I’m moving to Shenley”, and you say “oooh, fancy”, and they smile.

I don’t want to live in some fakery like the Cotswolds, where everyone exists in a bubble, pretending they’re just ordinary country people, whilst they wander around with London accents, living in £3 million houses and complaining about the local beer garden being dirty – because obviously you can’t actually get dirt on your clothes if you only fake live in the country.

When we moved from London, the major draw that made us look at the houses was the off-road cycle paths (called redways) that mean we can go on family cycling trips with toddlers. These are exactly as good as I thought they would be, although the lack of signposting and the poor maintenance are a frustration. We bought a bike trailer to stick the kids in, which is even more useful now we have three.

We live in a thatched house a mile away from the station,  next to a 12th century church and a very well kept cricket pitch. Within five miles, we’re in the middle of the Buckinghamshire countryside on one side, and on the M1 on the other. There are endless kids’ activities, tonnes of affordable childcare, a John Lewis, and roads to everywhere. It’s half an hour by train to London, 2 hours in the car to Manchester or the Peak District. We used to go to the climbing wall quite regularly (before we had a third child), and there is no shortage of cinemas, restaurants, shops, and somewhat gimmicky attractions like the indoor ski slope, skydiving, and wakeboarding.

It has the dubious honour of hosting seven branches of Mcdonald’s, and the train station has a drive-through Starbucks.  Ironically, given how easy it is to cycle, it’s a completely car-obsessed town, where people don’t seem to want to walk more than 10 metres, and will park accordingly. The car focus and the layout makes it feel like a smaller-scale Los Angeles, minus most of the glamour obviously.

It is actually very hard to even define what I like so much about it, so I asked a few locals why they like it. They said the reason it’s so hard to describe is that its biggest selling point is that you only notice how nice it is  when you go somewhere else, and everything is a hassle – queues, driving around dead ends or one-way systems trying to find parking, shops that are too small for buggies, stairs everywhere, and all the other quirks of towns that grew organically. Milton Keynes does lack personality, but perhaps that is its strength. It is the background to daily life, the enabler of activities, the staging post on the way North or South.

I’ve run out of explanations now, so here are some pictures of the landscape instead: