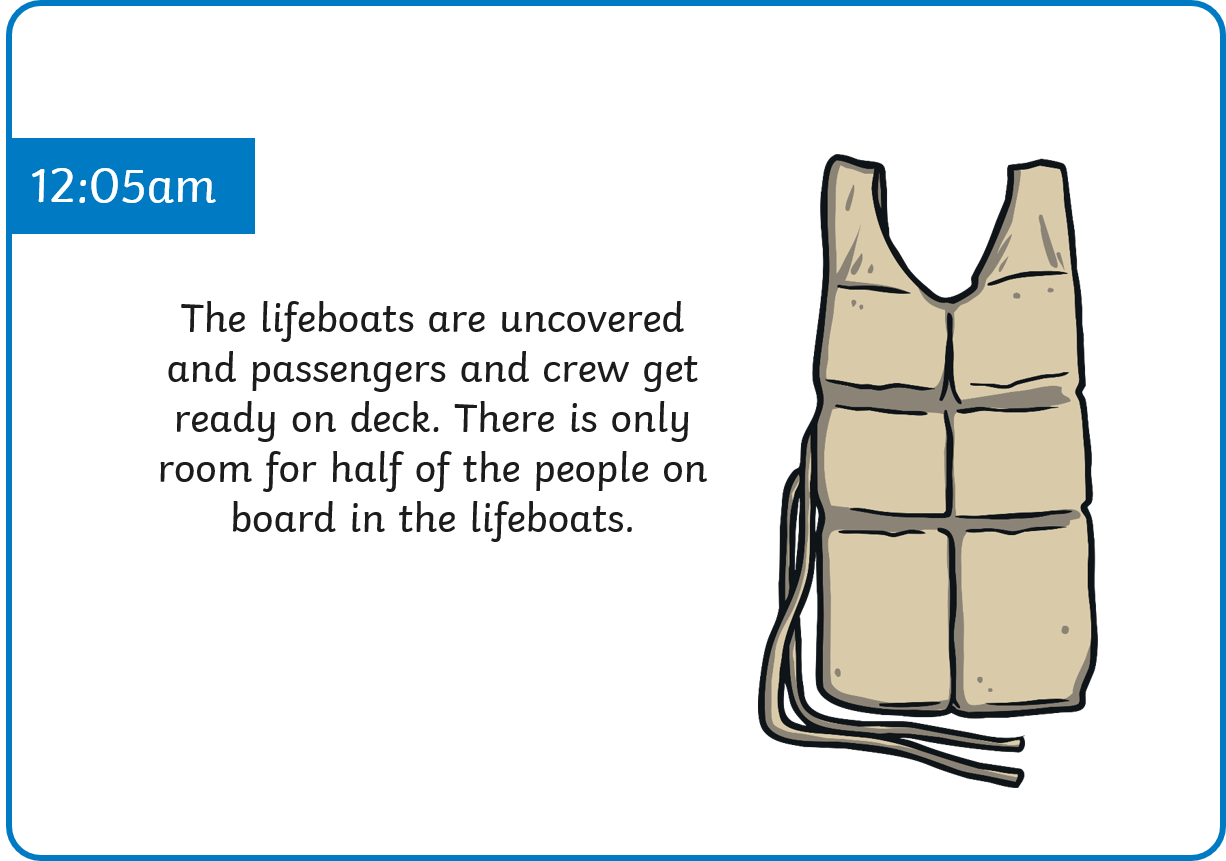 I’m totally acing this home schooling business. Yes, it’s going swimmingly. Let’s take last week’s topic of the Titanic, which was set by the school. Conrad was very enthusiastic. We went through the PowerPoints that showed up on Teams. Did some pictures, and some timelines. He read all the accounts of how large and luxurious the ship was, getting excited about all the activities the passengers had.

“Which class would we have travelled in, Mummy?”

“Well that depends a bit. We would probably have travelled in second class”.

“Brilliant, there was a library for second class passengers, and we could play games on the deck, and there was loads of food!”

So we carried on with our Twinkl sheets. There was some interesting information about the number of rivets used; about the fact only three of the four funnels were operational, with the fourth added to increase the impression of a powerful ship. Each worksheet was quite circumspect about events and what happened once the ship hit the iceberg. And then we get to this page:

Then the questions started.

Mummy, you said we would travel in second class. How many of the second class families went in the lifeboats?

Ummm, I don’t know. I’m sure there were lots of people that got into the lifeboats. [Opens wikipedia]. Yes, look, it says here there 75% of 1st and 2nd class passengers were rescued.

But Mummy, it says here that there was only space for half the passengers on the lifeboats, and it says on the other website that they launched lifeboats that were only half full. So Daddy would have diiieeed…

This was followed by lots of huffing and crying about the theoretical idea that Daddy would have died. My protests that we didn’t actually get on the Titanic at all fell on deaf ears. I unconvincingly tried to argue that some men did get on the lifeboats, but Conrad skimmed the rest of the Wikipedia article over my shoulder, and could see this was not the case. As far as his 7 year old imagination was concerned, Daddy ended up at the bottom of the ocean. The fact he was simultaneously upstairs on a Zoom call 108 years later was immaterial. My subsequent attempt to turn it into a fun biology lesson about the reasons why people want to save women and children were equally futile, and seemed merely to increase his view that men were expendable.

So our WALT (“What we are learning today”, which appears on every single slide deck) was:

Whilst Conrad went back to his Lego, I remained quite intrigued by the story. The film was a bit tedious, and obscured the more fascinating real life characters. Arguably the richest man in the world at the time, John Jacob Astor, was refused passage in the lifeboats, as were all male passengers, and the ship sank shortly thereafter. It seems quite strange that none of the men left on board apparently showed any sign of distress, and simply stood talking to each other and smoking. It is a poignant image of stoicism, as I imagine them in their beautifully tailored suits, on a pristine plank deck, looking out to sea and listening to the last chords of Nearer my God to thee. I am sure the reality was far messier and more prosaic.

Another quite interesting fact is that the ship’s crew seemed quite unfocused on their safety tasks, and poorly equipped. The lookouts on the mast had no binoculars, as they had gone missing. The radio operators were informed by the nearby Californian that it had stopped due to an ice field, but the operator merely voiced annoyance at being interrupted in relaying messages for passengers, and did not pass the information on to the bridge. There were however other messages informing the crew of the ice, which although relayed, did not cause the captain to decrease speed from 22 knots – which I remember from our very long voyage from Australia to Germany feels quite fast.

The most shocking discussion at the inquest concerns the proximity of the Californian at the time the Titanic sent out its first distress signals. It was so close that it could potentially have saved virtually everyone before the ship sank, but its captain had switched off the radio signal for the night, and despite being informed of the sighting of distress flares, he merely sent a few morse code signals by lamp. The conclusion of the committee was as follows:

The committee found that the ship was “nearer the Titanic than the 19 miles reported by her Captain, and that her officers and crew saw the distress signals of the Titanic and failed to respond to them in accordance with the dictates of humanity, international usage, and the requirements of law.” (https://www.britannica.com/topic/Titanic/Aftermath-and-investigation)

It is a story full of so many human failings, so much hubris, as well as the fascination with so much opulence. For a seven year old, death in the middle of a cold ocean is as real now as it ever was.